Changing Seasons: Time for the asters

Thanks to my working life at the Garden Academy I am in the fortunate position to be able to follow the seasonal transitions on a daily basis, despite living in the middle of Berlin. The development of buds, the unfurling of leaves, the coming and going of flowers, the ripening of fruits, the setting of seeds – I enjoy observing all these glorious moments that follow one another. Just these past weeks the dramatically shortening of the days has become noticeable and the light has been changing. But it was not until yesterday, at last, that we were blessed by one of those glorious sunny autumnal mornings, where every leaf, petal, seedhead and cobweb glistened and was magnified by a myriad of minute Swarovski-like water drops from a heavy morning dew. These days are rare in the city. 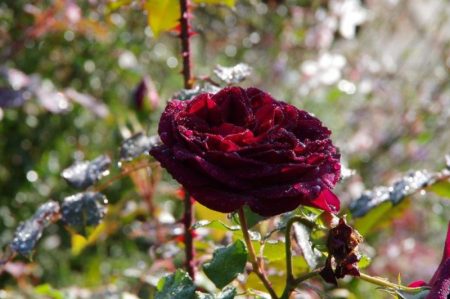 It was stunning: Roses, Asters and Anemones sparkled, Gaura was weighed down by waterdroplets, Veronicastrum virginicum seedheads became alive again, this time shimmering silver and the Penisetum alopecuroides ‘Hameln’ was simply spectacular. 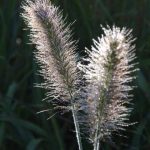 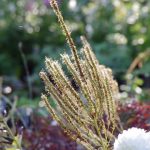 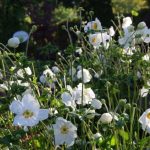 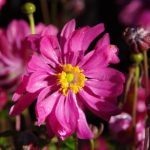 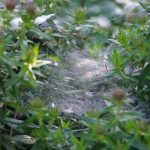 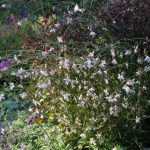 Autumn-flowering daisies have new names – high season of the Asters

Autumn may be lurking around the corner, but the season is not yet over. A little walk along the borders reveals how much is still happening. It is the high season of the Asters and their close relatives. Botanists have recently re-classified this large group of mainly autumn-flowering plants and re-named many, but I will, for the sake of simplicity, continue calling them Aster for the moment. With the exception of a few like Aster amellus and A. alpinus, the majority should now be called Symphyotrichum. My favourite shade-tolerant, white starry-flowered Aster divaricatus should now be called Eurybia divaricata. This one has been creating its show since many weeks in my own shady garden. 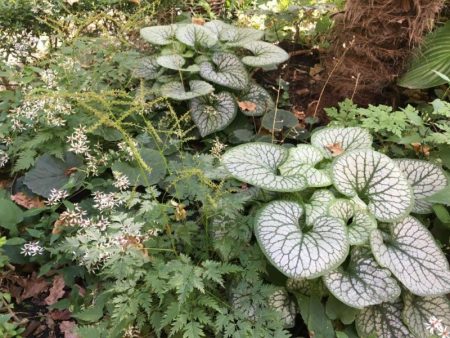 Aster divaricatus in my shady garden

Although the first asters in our borders started flowering in July and won’t finish till late October, the majority are only just starting to flower now. A star among the early-birds is A. frikartii ‘Mönch’ with its large blue flowers. Its medium height makes it a good front-of-border plant. It is a great performer that catches the eye.

With a similar flowering period but less spectacular, is the charming and completely trouble-free Kalimeris incisa ‘Madiva’. At 1–1,20m high, it carries numerous white flowers, whose colour subtly changes according to daylight. Sometimes it has a hue of blue, then it is pinkish, yet at other times it is more violet or lilac-tinted. Rarely is it white. After 10 years reliable presence in the border, it is now time to lift and divide them. 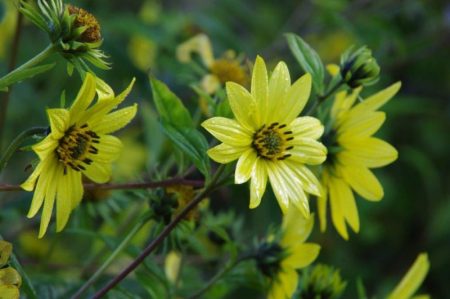 Late August the tall Vernonia crinita starts. Unlike many of the taller late asters, it copes well with the summer heat, retaining green leaves all along the stems, down to ground level, well into autumn. In a few weeks’ time the flowerheads will be replaced by irresistible fluffy pinkish seedheads. They too have been trouble-free all these years. 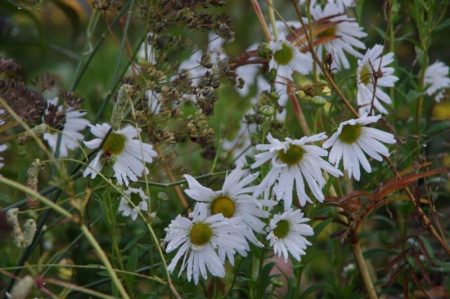 A distant Aster-relative I am very fond of is Leucanthemella serotina. This 1,80-2,00m tall cheerful large white daisy has a slight invasive tendency, but for this it is pardoned because of its delightful fresh appearance. Every two to three years we just have to put it back in its place.

It is the time of year where the numerous Aster novae-angliae cultivars open up their fuzzy, hairy flowerbuds. They have to be carefully positioned in a border to hide their two weaknesses. Their rather rigid habit is often difficult to incorporate in a more relaxed planting. Their brown legs caused by the lower leaves drying by the time they start flowering are unsightly. Placing them towards the rear of a planting scheme, surrounded by other plants of a similar height or a little lower like Phlox or grasses masks these two problems. There are a few cultivars I am very fond of because of their great colours. The bright magenta of A. ‘Andenken an Alma Pötschke’ cheers up the autumn garden and have been part of my life for many decades. Although I am not that fond of the very rigid and squat habit of A. ‘Purple Dome’, with only 40cm it is often useful in the foreground of a border and has a useful intensive purple which I enjoy at a time of year dominated by wishy-washy pastels. 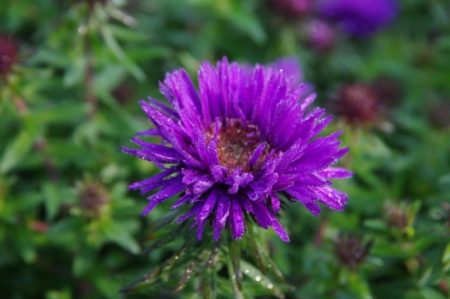 The stars of the moment 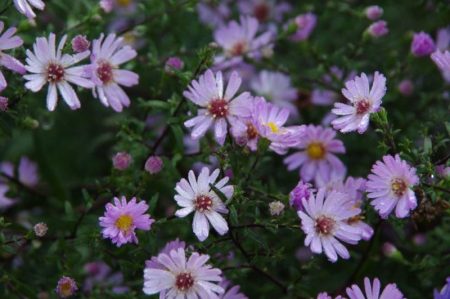 For those who prefer a more relaxed effect, I can recommend two delightful plants: Aster ‘Le Vasterival’ and A. ‘Little Carlow’. With its dark, glossy leaves, thin, almost black flowerstems and tendency to wander through the borders, ‘Le Vasterival’ reminds me rather of Aster laevis ‘Arcturus’ an old, invasive friend I brought back form my English garden. Despite its wandering habit I love its light-ness and its refreshing pale pink flowers. A. ‘Little Carlow’ remains unbeatable for its lightness though. Clouds of numerous small blue flowers billow in the borders for weeks on end. I really don’t care that she does not stand up as well as many other asters do, by now its neighbouring plants like Alchemilla mollis are done for the season and don’t mind being slightly overwhelmed by such a good-natured neighbour. 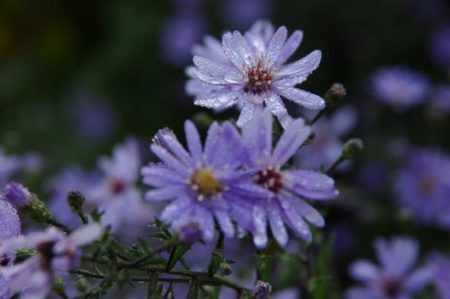 An old friend that has re-entered my life (and our border) is Aster pringlei ‘Monte Cassino’. Elegant sprays of small, pure white flowers make excellent cut flowers. Contrary to many other white-flowered asters that go rather murky as they fade, because the centre of the flower turns a dark brown, this one stays fresh.

Walking along the border, I now already enjoy the very last hero of the season. Aster lateriflorus var. horizontalis ‘Lady in Black’ has been looking good for weeks with its reddish foliage and very elegant growth habit. Its buds are at this stage just small little points and will not open for at least another three to four weeks. 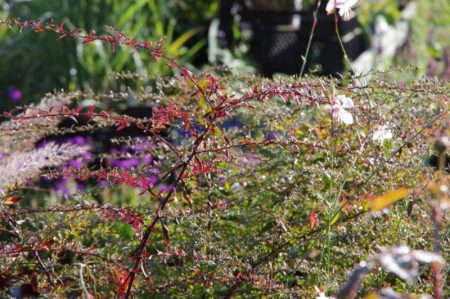 These are just a few of the many on offer. Many more I need to discover and want to try. The blue-flowered Aster x herveyi ‘Twilight’ is on my list, though its invasive nature makes me hesitate right now. I have yet to find the right place for it. One day I will.