It can only get worse 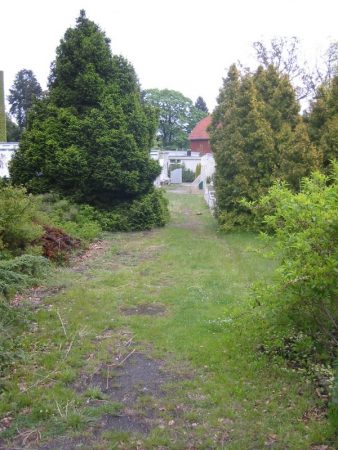 – Zum deutschen Text –  This week’s courses by Stephen Anderton on the subject of rejuvenating gardens has given me (more) food for thought. It is a subject that has interested me for a long time as we seem to be surrounded by gardens in desperate need of rejuvenation. Every time I drive through the neighbourhood, I keep seeing gardens desperately in need of pruning and thinning. 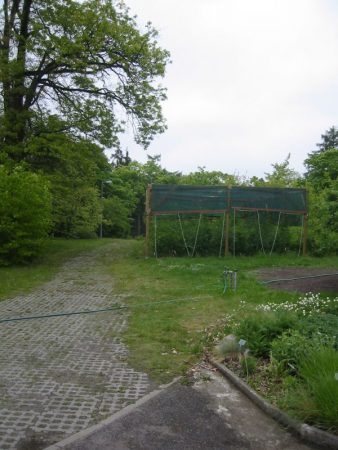 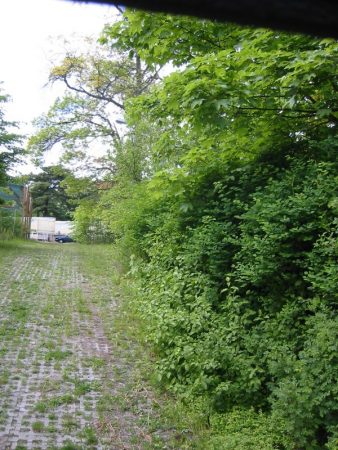 Have you looked closely at your garden recently?

It is all about objective observation. Often one has failed to notice how the shrubs outside the window have grown so much that no natural daylight enters the house any more. That the trees and shrubs along the edge of the lawn have merged into one unidentifiable mass of vegetation. That it has become impossible to see where lawn ends and shrubs start.  Certain plants, that were once planted as small accents to give shape or colour have become overwhelmingly large and grab all attention. 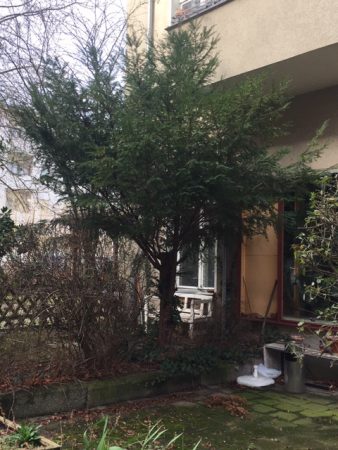 Within a garden it is important to create contrasts. Dark and light, open and enclosed, still and filled with life, large leaves and small leaves, linear ones and rounded ones. Lines help to give structure and take the eye for a visual walk. Lines can come from built structures such as paths, walls and pergolas but can also be introduced with plants. Clipped hedges and topiary shapes, shrubs with clearly defined outlines and clear tree trunks are also valuable structural elements. Giving lawns a clean edge, and clipping it regularly, will instantly elevate the garden into a different category altogether.

Stephen Anderton rightly explained that gardens tend to have 10 to 15-year cycle, after which they will require some attention. We have noticed this at the garden academy. We started off with an old, established framework of trees and shrubs around the periphery of the site. At the start we removed some of the older plants that had reached the end of their life, or had been planted too close to others, some, like the Parrotia persica in the car park we lifted the crown.

Often, due to a lack of light and space, plants will not develop properly. They grow at an angle, are one-sided or are without foliage on one side. We had obtained a permit to fell a large diseased and dying Laburnum. However, the tree was so impressive, and it was growing in such a strategically important place, blocking the view to the neighbour’s building that we were reluctant to lose it. In the end we decided to give it another chance and to reduce the crown by two thirds and waited to see what happens. The tree proved very grateful for this second chance: it has since produced a mass of healthy new shoots and is covered by a shower of yellow flowers each spring.

It was surrounded by masses of self-seeded young trees. Young ash and maple seedlings were jostling for light and space. It is important to remove such young before they become too large, as in some areas no tree over a certain stem circumference can be felled without obtaining a felling licence.

Do not forget that you only have till March to fell any trees or remove or prune large shrubs, as then the breeding season starts again.

Retain a sense of maturity

Don’t remove everything. Once a large tree or shrub has been removed, it cannot be put back in and a replacement will take a long time to grow.

The large oak tree growing on the boundary of the neighbour’s site has been growing backwards ever since we’ve been here. Every few years tree specialists come to remove more dead wood out of its thinning crown. I hope it will hold out a few more years. A young oak growing a little further down the car park has been developing into a strong young tree, and will in a few years’ time break through the skyline and take over the dominant position from this big old neighbour.

Treat yourself to some professional support. A gardener can lend you his trained eye and will be able to help you decide how to proceed. They can also help you to do some of the difficult work and take out the large, unwieldy plants. This can make a big difference.